Rigveda answers about speed of light.

तरणिर्विश्वदर्शतो जयोतिष्क्र्दसि सूर्य |
विश्वमा भासिरोचनम |
taraNir vishvadarshato jyotishkrdasi surya |
vishvamaa bhaasirochanam ||
which means
“Swift and all beautiful art thou, O Surya (Surya=Sun), maker of the light,
Illuming all the radiant realm.”
Above is fourth verse of the Rigvedic hymn 1:50 (50th hymn in book 1 of rigveda)
Commenting on this verse in his Rigvedic commentary, Sayana who was a minister in the court of Bukka of the great Vijayanagar Empire of Karnataka in South India (in early 14th century) says:
tatha ca smaryate yojananam. sahasre dve dve sate dve ca yojane
ekena nimishardhena kramaman.
which means “It is remembered here that Sun (light) traverses 2,202 yojanas in half a nimisha”
NOTE: Nimisharda= half of a nimisha
In the vedas Yojana is a unit of distance and Nimisha is a unit of time.
Mathematical calculations of a research done by (S S De and P V Vartak on the speed of light) calculated using the Rigvedic hymns and commentaries on them. they say:

Imagine that archaeologists, digging a thousand year old virgin site in Antarctica, come across an inscription deep underground that shows the sun, and next to it the numbers 186,000 miles per second, the speed of light. What would the world do? More likely than not, this find will not be accepted by scholars. A fraud, they would say, committed for cheap fame. The reputation of the archaeologists will be ruined. If they didn't hold tenure, they will lose their jobs.
Only lunatics will support them, claiming that this proves that aliens have visited the earth from time to time. The high priests of the academy will say that even if the find was genuine it proves nothing; at best it is a coincidence.
But what an astonishing coincidence! Just the right number out of an infinite different numbers!
The speed of light was first determined in 1675 by Roemer who looked at the difference in the times that light from Io, one of the moons ofJupiter, takes to reach earth based on whether it is on the near side of Jupiter or the far side. Until then light was taken to travel with infinite velocity. Even Newton assumed so.
But why are we talking about the absurd scenario of the archaeologists in Antarctica? Because, we are confronted with a situation that is quite similar!
I am an archaeologist of texts. I read old texts from the point of view of history of science. One such book is the celebrated commentary on the Rigveda by Sayana (c. 1315-1387), a minister in the court of King Bukka I of the Vijayanagar Empire in South India.
In a hymn addressed to the sun, he says that it is "remembered that the sun traverses 2,202 yojanas in half a nimesha.''
This statement could either relate to the speed of the sun or to that of light. The units are well known. For example, the Indian epic "Mahabharata", conservatively dated to 400 BC - 400 AD, defines 1 nimesha to be equal to 16/75.3 seconds; 1 yojana is about 9 miles. Substituting in Sayana's statement we get 186,536 miles per second.
Unbelievable, you'd say! It cannot be the speed of light. Maybe it refers to the speed of the sun in its supposed orbit around the earth. But that places the orbit of the sun at a distance of over 2,550 million miles. The correct value is only 93 million miles and until the time of Roemer the distance to the sun used to be taken to be less than 4 million miles. This interpretation takes us nowhere.
What about the possibility of fraud? Sayana's statement was printed in1890 in the famous edition of Rigveda edited by Max Muller, the German Sanskritist. He claimed to have used several three or four hundred year old manuscripts of Sayana's commentary, written much before the time of Roemer.
Is it possible that Muller was duped by an Indian correspondent who slipped in the line about the speed? Unlikely, because Sayana's commentary is so well known that an interpolation would have been long discovered. And soon after Muller's "Rigveda'' was published, someone would have claimed that it contained this particular "secret'' knowledge. The fact that the speed in the text corresponds to the speed of light was pointed out only recently by S.S. De and P.V. Vartak. Also a copy of Sayana's manuscript, dated 1395 AD, is available.
Further support for the genuineness of the figure in the ancient book comes from another old book, the Vayu Purana. This is one of the earliest Puranas, considered to be at least 1,500 years old. (The same reference is to be found in the other Puranas as well.)
In Chapter 50 of this book, there is the statement that the sun moves 3.15 million yojanas in 48 minutes. This corresponds to about 10,000 miles per second if considered as speed of light, and 135 million miles for the distance to the sun, if considered as the speed of the sun. Sayana's speed of light is exactly 18 times greater than this speed of the sun! Mere numerology?
We must also not forget that the Puranas speak of the creation and destruction of the universe in cycles of 8.64 billion years, that is quite close to currently accepted value regarding the time of the big bang.
For the rationalists these numbers are a coincidence. Given the significance of these numbers, they'd look very carefully at the old manuscripts of Sayana's commentary.
There are others who would say that consciousness, acting on itself can find universal knowledge. Look, they'd say, by examining biological cycles one can know the periods of the sun and the moon. So why shouldn't it be possible to know other universal truths?
They'd add that ancient texts speak - and this is true - of embryo transplants, multiple births from the same fetus, air and space travel, slowing or speeding of time, weapons that can destroy the entire world. They'd say that it is more than ancient science fiction, it shows that the human imagination can envision all that can happen.
This brings us back to the question of whether the figure of 186,000 miles per second in Sayana's book is a astonishing coincidence, an example of the powers of intuition, or a meaningless number.
What do you think? 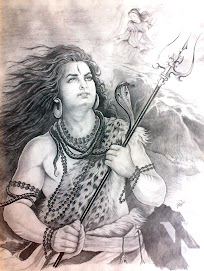